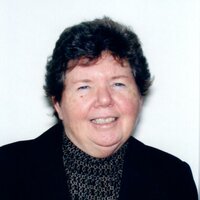 Sister Catherine Vincent, a Sister of Charity of Saint Elizabeth, died May 20, 2021 at the Villa, Florham Park, NJ, Sister Catherine was born in Orange, N.J., the daughter of Francis and Catherine (Kinnealy)Vincent, she was raised in Kearny, NJ. She entered the Sisters of Charity on September 6, 1964 and was a member for 56 of years. She graduated from the then College of Saint Elizabeth, Convent Station, N.J. with a B.A. Degree in Mathematics and from the University of Dayton, Dayton, Ohio with an M.A. in Mathematics. She also earned an M.B.A. from Seton Hall University, South Orange, NJ. Sister Catherine was a gifted and dedicated educator in New Jersey. She loved teaching and witnessing students' learning at every age. She served as a teacher in Bayley Ellard High School in Madison, Immaculate Conception High School in Montclair, and Saint Joseph's Regional High School in Montvale. After teaching high school, she applied her math knowledge as a Data and Project Coordinator in Saint Joseph's Regional Medical Center, Paterson for fifteen years and concluded her time there as an Executive Assistant. She was preceded in death by her paretns, Francis and Catherine Vincent; a sister, Jacqueline Burns and her husband; three nephews and a niece. She is survived by the Sisters of Charity; and a devoted family of one brother, Frank Vincent, and two sisters, Maureen Waters, and Beth Kelly; two brothers-in-law, David Kelly and Albert Waters, and a sister-in-law, Charlotte Vincent; her nieces, Maura, Kara, Meaghan, MaryBeth, and Emily; her nephews, Kevin, Sean, Eric, David, John, and Jim; and many grandnieces and grandnephews. In lieu of flowers, contributions to the Sisters of Charity Development Fund, P.O. Box 476, Convent Station, NJ 07961-0476 would be greatly appreciated.