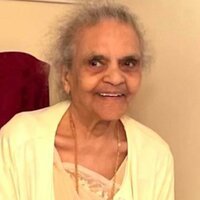 Padmaben S. Shakhawala passed away suddenly Sunday, February 6, 2022 at St. Clare's Hospital in Denville. She was 88. Born in Surat, Gujarat, India, she immigrated to the United States in 1987, settling in the Pine Brook section of Montville, NJ. She moved to Parsippany-Troy Hills, NJ in 2001. A homemaker, Mrs. Shakhawala was a loving wife, mother, grandmother, and great-grandmother. Preceded in death by her husband, Shantilal Shakhawala; a daughter, Ranjan Shah; and five siblings; she is survived by her son, Bharat Shakhawala and his wife, Tarulata of Parsippany; six grandchildren and seven great-grandchildren.