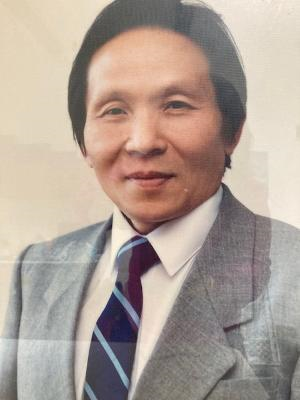 Please share a memory of James to include in a keepsake book for family and friends.
View Tribute Book
James Oh Kennedy passed away suddenly Tuesday morning, May 3, 2022 at his Parsippany, New Jersey home. He was 87. Born in South Korea, Mr. Kennedy immigrated to the United States in 1974, settling in Philadelphia, PA. He had lived in Coshohocken, PA before coming to Parsippany-Troy Hills, NJ in 1983. Mr. Kennedy Had earned his Bachelors and Masters Degrees while living in South Korea. He was the owner and operator of Marlboro Dry Cleaners of Marlboro, NJ for many years preceding his retirement last year in 2021. An ordained Presbyterian Minister, he served at the Montclair Presbyterian Church, Montclair, NJ. He is survived by his loving wife of 60 years, Janis Kennedy; four beloved children, Christine Kennedy of Parsippany, NJ, John Kennedy of Parsippany, NJ, Tessa Kennedy of New York, NY, and Justin Kennedy and his wife, Erin of Pullman, WA.; and two adored grandchildren, Justin and Christy Kennedy. At the family's request, Funeral Services will be held privately on Sunday, May 8, 2022. Private cremation will follow on Monday. For those so desiring, memorial gifts in James' honor can be made to the charity of your choice.
To plant a beautiful memorial tree in memory of James Kennedy, please visit our Tree Store

A Memorial Tree was planted for James
We are deeply sorry for your loss ~ the staff at S.J. PRIOLA PARSIPPANY FUNERAL SERVICE
Join in honoring their life - plant a memorial tree
Online Memory & Photo Sharing Event
Online Event
About this Event

Look inside to read what others have shared
Family and friends are coming together online to create a special keepsake. Every memory left on the online obituary will be automatically included in this book.
View Tribute Book
Services for James Kennedy
There are no events scheduled. You can still show your support by planting a tree in memory of James Kennedy.
Plant a tree in memory of James

Share Your Memory of
James
Upload Your Memory View All Memories
Be the first to upload a memory!
Share A Memory
Plant a Tree