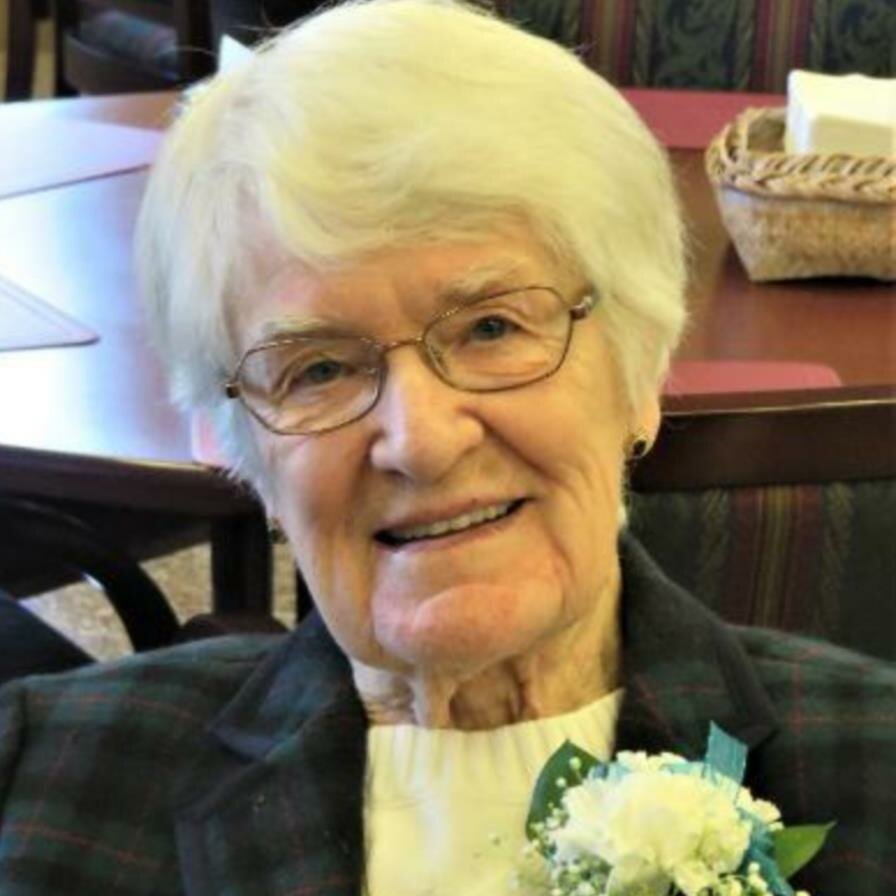 Please share a memory of SISTER to include in a keepsake book for family and friends.
View Tribute Book
Sister Barbara Garland, S.C. (formerly Sister Mary Hugh) a Sister of Charity of Saint Elizabeth, died on September 5, 2021 at Saint Joseph's Healthcare & Rehab Center in Cedar Grove, N.J. at the age of 85. Sister Barbara was born in New York, New York, the daughter of Hugh and Mary (Gibbs) Garland. She entered the Sisters of Charity on September 6, 1956 and was a member for sixty-five years. Sister Barbara graduated from the College of Saint Elizabeth, Convent Station, NJ with a BA degree in Mathematics (1956) and an MA in Theology (2004). She graduated with an MA in Mathematics from Fordham University, Bronx, NY and with an M.Ed. in Counselor Education from Boston University, Boston, MA. She was a gifted teacher in three high schools in New Jersey, Saint Mary's in Jersey City, Immaculate Conception in Montclair, and Saint Vincent's Academy in Newark. She served as an Associate Director of Catholic Social Services for the Diocese of Camden, NJ and as Vicar for Personnel for the Diocese of Syracuse, NY. She became a significant leader for NACPA (National Association for Church Personnel Administrators) and advocated for just wages and policies for all who ministered in the Church. Sister Barbara's guidance and counseling skills enriched many lives. She became the first Executive Director for the Conrad Hilton Fund for Sisters in Los Angeles, California and established the policies and processes for women religious congregations to apply for the funding for many varied ministries throughout the world. Returning to New Jersey from California her ministry continued at the College of Saint Elizabeth as Assistant to the President, Director of Planning, and Director of Planning and Mission Effectiveness. She was also an integral part of the International Renew Team for several years. She was Parish Coordinator at St. Patrick's Church, Chatham (her home parish) for three years in the early 2000s. Sister Barbara served the Congregation of the Sisters of Charity in various positions over the years: she served as a Councilor at two different times and was the Coordinator of the Transition Team when the Congregation was moving to a centralized form of government in 1999. She was Director of Xavier Center at Convent Station (a Retreat & Conference Center) for 3 years in the early 2000s. In her years as a Sister of Charity, she was very involved in several Committees and served on a number of Boards as a Trustee. She was a gifted writer and used her skills in service of her ministries and the Congregation. Her latest project was doing oral histories of members of the Congregation, and she was very excited to be doing this. Sister Barbara was an avid reader. She loved books and generously shared her eclectic library. Traveling was another joy. She particularly enjoyed her trips with her cousin, Barbara Fitzgerald of Newfoundland. She is survived by the Sisters of Charity: her cousin Barbara and many friends. She was predeceased by her parents, Mary and Hugh, and brother, William. In lieu of flowers, tributes in her memory may be sent to the Sisters of Charity Development Office, P.O. Box 476, Convent Station, New Jersey 07961.
To plant a beautiful memorial tree in memory of SISTER GARLAND, please visit our Tree Store