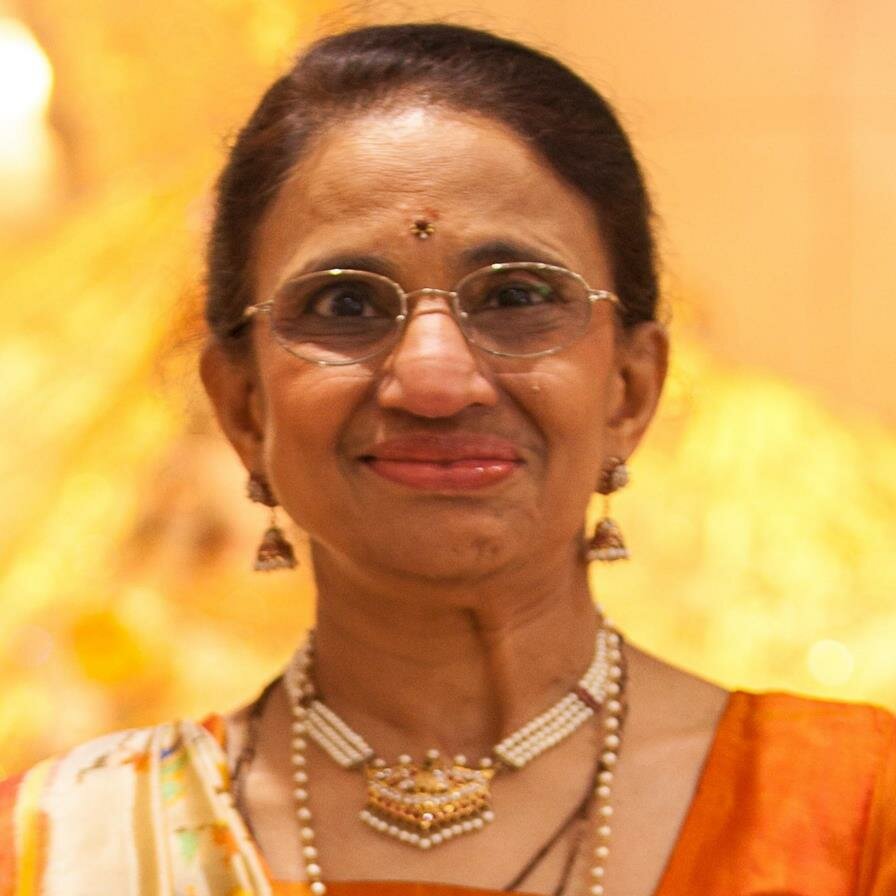 Please share a memory of MRUNAL to include in a keepsake book for family and friends.
View Tribute Book
A bright light dimmed when long time resident of Lincoln Park resident Mrunal Vin passed away on Friday evening, December 24, 2021 at the age of 71. Mrunal was born in Surat, India and raised in Mumbai. As the eldest of three children, she was the model older sibling to her two adoring younger brothers. She finished her early schooling in Mumbai and attended Navsari (near Surat) for her bachelors in microbiology (1970). As a young woman, she was very active: she swam, went to the gym, participated in drama studies and painted. Upon graduation, she worked and continued to stay active with extracurricular activities. On January 1, 1978, she married Gaurang Vin and then moved to Grays Lake, Illinois. They had their first born in Illinois, a baby girl named Priyadarshini. After a couple of years, the young family moved to Houston, TX and had another child, a son Kedar, in 1984. Once again, they moved to Arlington to follow Gaurang's career path. While raising two young children, Mrunal sold Avon and Tupperware to neighbors and friends. She amassed quite a collection of Avon boxes and catalogs and Tupperware for her own personal use. There was an abundance of Avon bubble bath solution and Jello molds during this time. Imari (an Avon perfume) remained one of her favorites throughout her life. She continued her studies by earning her bachelors in chemistry from the University of Texas at Arlington in 1988. Moving to New Jersey in 1988 with a young family had its challenges since this was her fourth domestic move. But Mrunal did not let that stop her from finding a job in her field. At one point, she had a couple of jobs at the same time. She finally landed a job at Hofffman La Roche in March of 1989 in Nutley and left in December 2007. She was not worried about finding another job because she knew it would work out somehow with the grace of god. She was right. The following month, she started at Eagle Nutritionals. She retired from there in January 2018 after 10 years. In her spare time, she loved to grow and take care of her plants on the terrace. She grew an assortment of plants and flowers, including roses, which were her favorite. She loved flowers so much that she collected many faux flowers to decorate the inside of her home. She enjoyed playing cards like solitaire and free cell. There were times that a few hours would pass and she was still playing cards! Of course, upon the birth of her first grandchild, she spent time with her and her children. Mrunal was a very caring and generous person to anyone who would be lucky enough to cross paths with her. She was a very thoughtful person who would take the time to get to know you, even learning the smallest details. She would be the first person to wish you happy birthday. She would learn to make your favorite foods and share them with you. Whenever she traveled to India, she filled her suitcases with many small gifts to give to her family and friends for no reason except to bring joy to their faces. Mrunal had a dry sarcastic sense of humor, which was surprising at times since English was not her native language. The slight language barrier did not stop her from having fun with her family and friends. As a result, the friends and connections she made throughout life were solid and loving relationships. Mrunal had a zest for life. She expressed her love for her family and friends through her amazing cooking. If you were able to have anything that she made, again you were lucky. After coming to the United States, she learned to make other types of cuisines. Throughout the years, she grew her personal recipe book. In addition to cooking, she loved going out to eat and trying new places and revisiting the places she loved. She challenged herself by making complicated recipes from scratch. Of course, she was also smart enough to develop her own cooking hacks. She always had leftover containers on hand so that she could share her cooking. Mrunal is survived by many who loved her so dearly: her dear and loving husband Gaurang; mother Arvinda (predeceased Jariwala); father Chandrakant (predeceased Choksey); brother and sister in law Rajan and Naina Choksey; brother Sanjay (predeceased Choksey) and Daxsha Choksey; her adoring children Priyadarshini (Alan) Hurite and Kedar (Rosanna) Vin; loving grandchildren Leela and Arya; many uncles, aunts, cousins, nieces, and nephews; countless friends; colleagues. And dog Sparky whom she affectionately renamed Mohan (predeceased). Mrunal was the perfect daughter, sister, wife, mom and Nani (grandmother). She will be missed dearly by her family and friends, forever and always. In lieu of flowers please make a gift in memoriam to either The Brain Aneurysm Foundation or the ASPCA. Or you can plant a tree in memoriam. https://www.alivingtribute.org/
To plant a beautiful memorial tree in memory of MRUNAL VIN, please visit our Tree Store