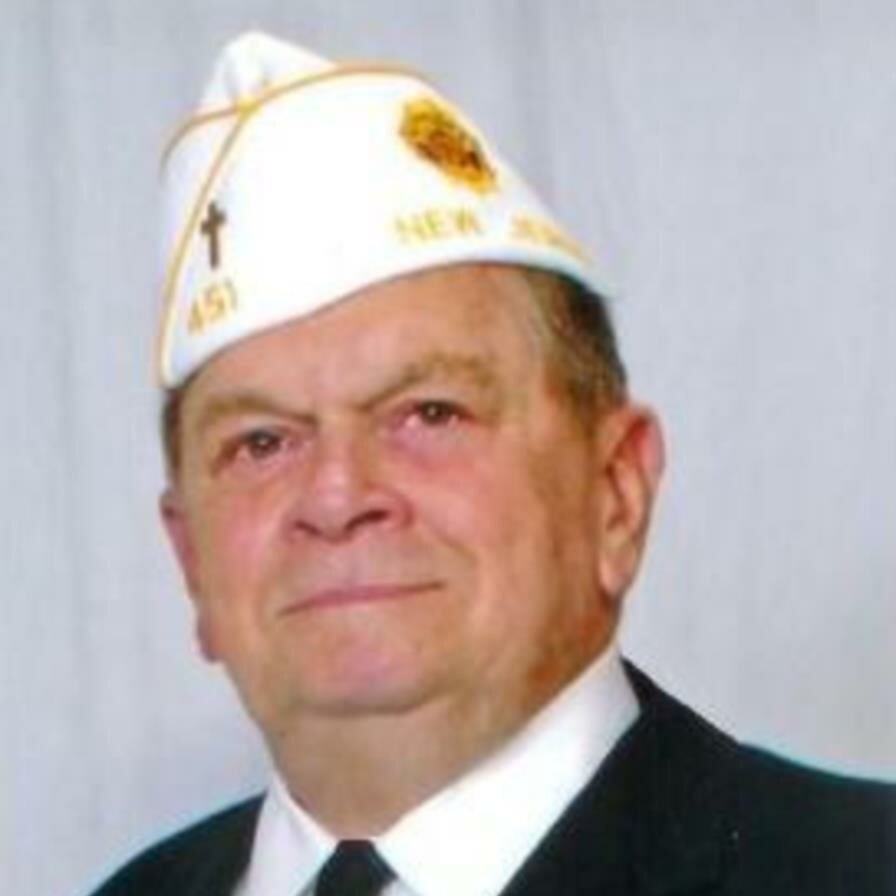 Please share a memory of WILLIAM to include in a keepsake book for family and friends.
View Tribute Book
William J. DeGrosky, Sr. died January 12, 2021 at the age of 93. Born in Library, Pennsylvania to Joseph and Lillian (Ocepek) DeGrosky, he was a World War II veteran, enlisting at age 17, with service as an infantryman in the Philippines. He attended the University of Pittsburgh, at night, under the GI Bill, while building a career in financial marketing at Pittsburgh National Bank, where he rose to Vice President and Director of Marketing. He relocated, with his family, to New Jersey in 1964. In 1970, he formed a marketing consulting firm and advertising agency, DeGrosky Marketing, Inc., which served scores of banks over the next 40 years. Prior to moving to Lake Hiawatha in 2013, Bill was an active member of the Rainbow Lakes community, serving as Trustee, General Events Chairman, Editor of the Club newspaper, and Club President 1985-86. An active member of the American Legion, he was Past Commander of Rainbow Lakes Post 451. He also served as the Morris County Commander, 2010-12 and received three appointments to the position of State Chaplain. He was a member of the committee that created the monument at Veterans Memorial Park in Parsippany-Troy Hills, and was a featured speaker at veterans events and other patriotic observances throughout the State. He received the New Jersey Distinguished Service Medal in 2012. In recognition of his dedication to veterans affairs and service as Chaplain, he was inducted into the Legion of Honor of the Four Chaplains Foundation, the same year. He was predeceased by his wife of 58 years, Lucille (Coughtrie). He is survived by their four children, William Jr., Linda McGee (Bob), Michael (Tami) and Matthew (Sue) and his wife, Edna (Genthe). He also leaves Deborah DeGrosky, grandchildren, Jennifer, Lauren, Heather, Meredith, Kimberly and Alex and great-grandchildren, Hayden, James and Gemma. Memorial Services are to be announced in the future. Memorials donations may be made to New Jersey Boys State Foundation, c/o Dominic F. Santillo, Chairman, 19 Christopher Lane, Eastampton, NJ 08060-2511 http://www.njbsf.org/donate or ALA Girls State, 1540 Kuser Road, Suite A-8, Hamilton, NJ 08619.
To plant a beautiful memorial tree in memory of WILLIAM DeGROSKY, please visit our Tree Store

A Memorial Tree was planted for WILLIAM
We are deeply sorry for your loss ~ the staff at S.J. PRIOLA PARSIPPANY FUNERAL SERVICE
Join in honoring their life - plant a memorial tree
Online Memory & Photo Sharing Event
Online Event
About this Event

Look inside to read what others have shared
Family and friends are coming together online to create a special keepsake. Every memory left on the online obituary will be automatically included in this book.
View Tribute Book
Services for WILLIAM DeGROSKY
There are no events scheduled. You can still show your support by planting a tree in memory of WILLIAM DeGROSKY.
Plant a tree in memory of WILLIAM