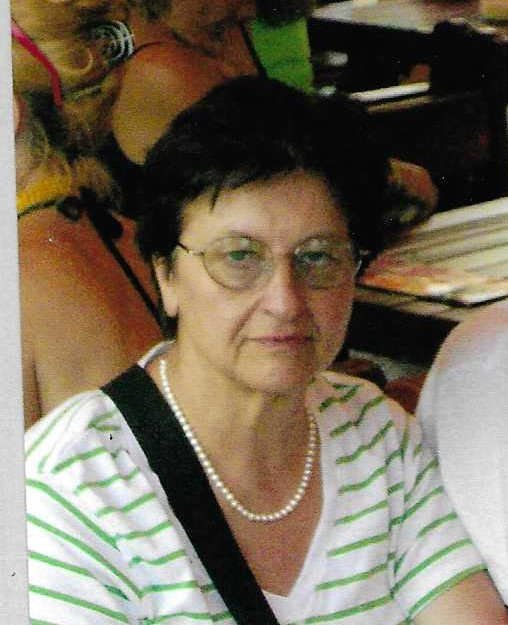 Please share a memory of Ilona to include in a keepsake book for family and friends.
View Tribute Book
Ilona Zajos, 82, passed away peacefully surrounded by family Tues. Aug. 2nd, 2022 4:50 pm at Morristown, Medical Center after a brief illness and will now be forever reunited with her late husband, Benö. Ilona was born in Vezseny, Hungary. Upon finishing high school in Szolnok, she attended Kossuth Zsuzsanna University in Szeged to complete a degree in nursing. She would eventually practice as a registered nurse at the eye clinic within Albert Szent-Györgyi Medical University. She met Benö, the man who she would eventually marry and start a new life with in Hungary. They married August 6, 1976 in Szeged and about a year later moved to Franklin, NJ in the US briefly before finding their permanent home in Wharton, NJ and where she would raise her two sons, Frank and Paul. She was very proud of them and ensured that they grew up to be fine, young men. She was active for many years with Hungarian Presbyterian Church in Wharton, volunteering with various special occasions to cook stuffed cabbage, gulyás, húrka, kolbász, kiflis, amongst other Hungarian delicacies. As years went by, she attended church services with her sons at Hungarian Reformed Church in Passaic, NJ and most recently as a member at Magyar Reformed Church in New Brunswick, NJ. Outside of cooking, her passion was gardening and enjoyed spending countless hours tending to her vegetable garden, which brought her much joy to see it flourish. She would proudly share the Hungarian peppers and other vegetables she would grow with neighbors and friends alike. She made sure her sons remained close to their Hungarian heritage by giving them the opportunity to learn their mother and father's native language. She also traveled to Hungary with them many times. She attended many Hungarian events in the NJ/PA area with them. She also enjoyed reading Hungarian novels, watching old Hungarian films, and crossword puzzles. She also worked in manufacturing for 18 years, first at Johanson Manufacturing Corporation in Boonton, NJ and then eventually retiring from Artisan Controls Corporation in Randolph, NJ in 2011. She is pre-deceased by her husband Benö of 45 years, her mother, also Ilona (Mezö), father Kálmán (Csontos) and brother, also Kálmán (Csontos). She is survived by her two loving and eternally devoted sons, Frank of Wharton, Paul, daughter-in-law Rebecca, grandson Zoltan and granddaughter Ella, who was just born April 1st all of Boonton Twp; a nephew, Kálmán Csontos, a niece, Manyi Csontos, and first cousins removed Csaba Zoboki and Sándor Zoboki, all of Hungary. The family is asking in lieu of flowers, please send donations in Ilona's memory to Magyar Reformed Church 175 Somerset Street New Brunswick, NJ 08901. Cremation and services will be private.
To plant a beautiful memorial tree in memory of Ilona Zajos, please visit our Tree Store

A Memorial Tree was planted for Ilona
We are deeply sorry for your loss ~ the staff at S.J. PRIOLA PARSIPPANY FUNERAL SERVICE
Join in honoring their life - plant a memorial tree
Online Memory & Photo Sharing Event
Online Event
About this Event

Look inside to read what others have shared
Family and friends are coming together online to create a special keepsake. Every memory left on the online obituary will be automatically included in this book.
View Tribute Book
Services for Ilona Zajos
There are no events scheduled. You can still show your support by planting a tree in memory of Ilona Zajos.
Plant a tree in memory of Ilona

Share Your Memory of
Ilona
Upload Your Memory View All Memories
Be the first to upload a memory!
Share A Memory
Plant a Tree