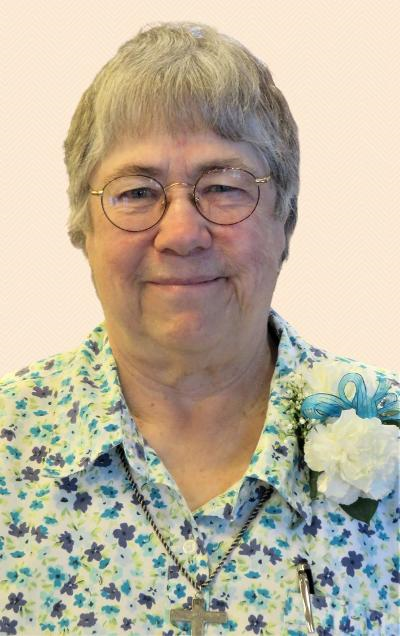 Please share a memory of Sr. Marie to include in a keepsake book for family and friends.
View Tribute Book

Sister Marie Irma was born in Baltimore, Maryland, the daughter of John and Irma A. (Hoerr) Kessler. She entered the Sisters of Charity on October 1, 1951 and was a member for 71 years.

Sister Marie Irma graduated from the College of Saint Elizabeth, Convent Station, New Jersey with a B.A. degree in Biology, from the University of Notre Dame, South Bend, Indiana with a M.S. in Biology and from the University of Maine, Orono, Maine with a Ph.D. degree in Biology. Sister Marie Irma served in the education ministry in New Jersey and Maine.   She served as a teacher at Saint Peter High School, New Brunswick; St. Bridget School, Jersey City and East Orange Catholic High School, East Orange She was an Instructor in Biology at Newark State College, Newark. She was a Biology Researcher at the University of Maine, Orono, ME. She was an Assistant Professor at Seton Hall University, South Orange and an Assistant and Associate Professor at the College of Saint Elizabeth, Convent Station.

Sister Marie Irma was a consummate scientist, publishing a host of articles and receiving many awards over her lifetime. Along with her scientific giftedness, Sister Marie Irma pursued interests in technology, was a licensed HAM radio operator, worked as a consultant for Radio Shack and served as Treasurer for the Sisters of Charity motherhouse community for many years.

Brilliant and unassuming, living out the charism of Charity, Sister Marie Irma was a clear example of living a life of Humility, Simplicity and Charity. Sister Marie Irma resided at the Convent of Saint Elizabeth, Convent Station as a part of the Motherhouse community since 1979. In March 2021, due to health concerns, Sister Marie Irma moved to reside at Saint Joseph Healthcare and Rehab Center until her death.

She is survived by the Sisters of Charity; sisters Carol, Nancy and Jacqueline and one brother, John as well as many nieces and nephews.

In lieu of flowers, contributions may be made in Sister Marie Irma’s memory to the Sisters of Charity Development Fund, P.O. Box 476, Convent Station, NJ 07961-0476.

To send flowers to the family or plant a tree in memory of Sr. Marie Kessler, SC, please visit Tribute Store
Thursday
1
December

Share Your Memory of
Sr. Marie
Upload Your Memory View All Memories
Be the first to upload a memory!
Share A Memory
Send Flowers
Plant a Tree