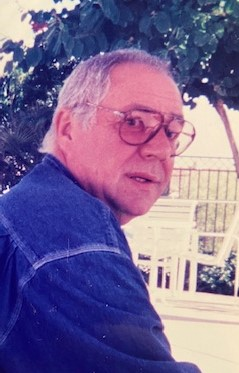 Robert Fadil passed away Friday, July 22, 2022 at Morristown Medical Center. He was 81.

Born in Passaic, NJ, and raised in Passaic and Bloomingdale, Mr. Fadil had been a resident of the Pine Brook section of Montville Township for 44 years.

He served in the United States Army during the Vietnam War and was honorably discharged.

In his early career, Robert was a Master Colorist with L'Oreal before setting out on his own to create unique hair and nail salons throughout his home state of New Jersey. Robert was also an entrepreneur who created several unique products for both the beauty industry as well as for the golf market.

One of Robert's biggest commercial successes was the nationally recognized product called French Mist which was awarded the best product by the QVC shopping network during its 50 in 50 tour in 1996. This revolutionary product allowed a user to create a salon quality airbrushed French manicure conveniently at home. It was marketed and sold exclusively on QVC for several years, and retailed thereafter through CVS and Walgreens stores. He also created many other products for other industries that were sold through retailers and on line.

Robert was an accomplished chef, another one of his passions

To those who knew him well, Robert was a friend who was always there to share a smile, a few laughs (his sense of humor was infectious!), and a thought provoking conversation. He will certainly be missed by everyone who had the pleasure to know him.

Robert is survived by his wife Barbara (nee Harelick) Axelband Fadil; two step-children, Adam Axelband of Cumberland, RI, and Allison Axelband-Cavanaugh and her husband, Robert Cavanaugh of Cedar Knolls; NJ; a niece, Cheryl Ganzer, her husband, Mark, and their children, Bridget, Max, and Bryce Ganzer; and a nephew, Eric Sinner. Robert was preceded in death by his sister, Geraldine Sinner and her husband, Eric Sinner Sr.

A memorial gathering will be announced inthe near future. For those so desiring, the family has recommended memorial gifts to the Monville Township Volunteer First Aid Squad (www.montvillefas.org).

Share Your Memory of
Robert
Upload Your Memory View All Memories
Be the first to upload a memory!
Share A Memory